A bit of Massachusetts history… 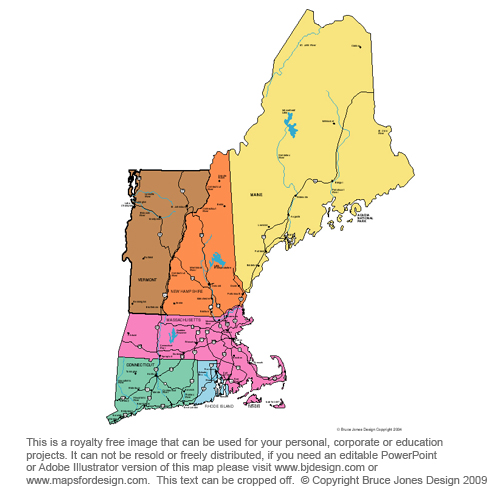 If you look closely, you can see the bit of New Hampshire that separates Maine from Massachusetts. Don’t blink!

Massachusetts and Maine are very close.  Blink as you make your way through Massachusetts up I-95 Northbound and you’ll find that you’re in Maine (during that blink, you’ve missed a bit of New Hampshire, by the way).

Until 1820, Maine was a part of the Commonwealth of Massachusetts.

Among other issues, Maine was disappointed in Massachusetts’ lack of protection during the War of 1812. So, in 1815, the people of Maine began pushing for statehood, which came to a head in 1819, just as Missouri was campaigning for their own statehood.  There had been earlier cries for Maine to be its own state but they weren’t taken terribly seriously and quietly died off.

In the early 19th century, there were an equal number of free and slave states.  Missouri, a pro-slave region, wanted to join the Union but abolitionists worried that this would offset the balance and give the slave states the upper hand.  Maine, an anti-slavery region, seized the opportunity and agreed to join the Union as a free state – keeping the balance between abolition and pro-slavery and getting to be their own state.  Thus, under the Missouri Compromise of 1820, Missouri joined the Union as a slave state and Maine entered as a free state.  And was forced to adopt “ME” as its abbreviation because Massachusetts (MA), Michigan (MI), and Minnesota (MN) beat them in the statehood race.

Geographically, in our opinion, the split makes sense as Maine and Massachusetts do not share any borders and it seems that it would be difficult for the Massachusetts government to look after Maine.

Despite this split, though, Massachusetts and Maine remain good friends – both states share an affinity for lobsters and lighthouses and offer fantastic outlet shopping.

To learn more about this separation, visit  http://www.massmoments.org/moment.cfm?mid=81